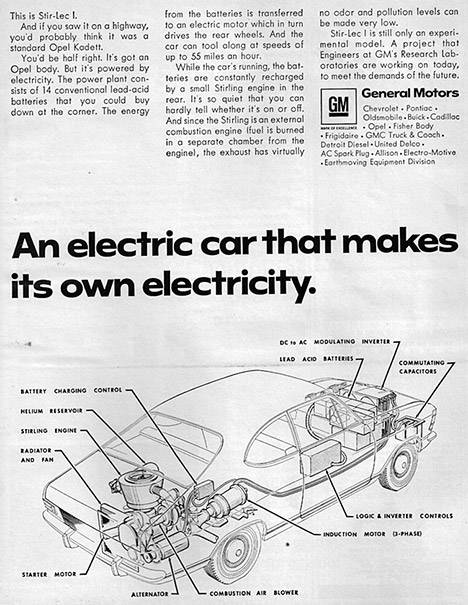 A year ago I wrote about the electric car from Zenn Motors that was on the verge of becoming a reality. A year later, it doesn’t appear to be any closer to real, unfortunately. I’m pretty bummed about that, but I can’t say I’m surprised. The promise of an electric car has been made and broken my entire life. Please click the picture to see an ad from Hot Rod Magazine for an electric hybrid car that GM was promising. Also, please note the ad appeared in 1969!

So yeah, electric cars are coming. Just like the flying car, the personal jet-pack, and video phones. Those technologies have been on the horizon my entire life as well, and we are no closer to them today than we were during the Johnson administration. It’s not that I’ve given up hope completely. Nissan is now taking reservations for the Leaf, the Chevy Volt is right around the corner, and of course if you have the dough, you can always drop $100K on a Tesla. So the cars are around, but you still have to ask yourself the question, why has it taken so long?

I Speak For The Trees