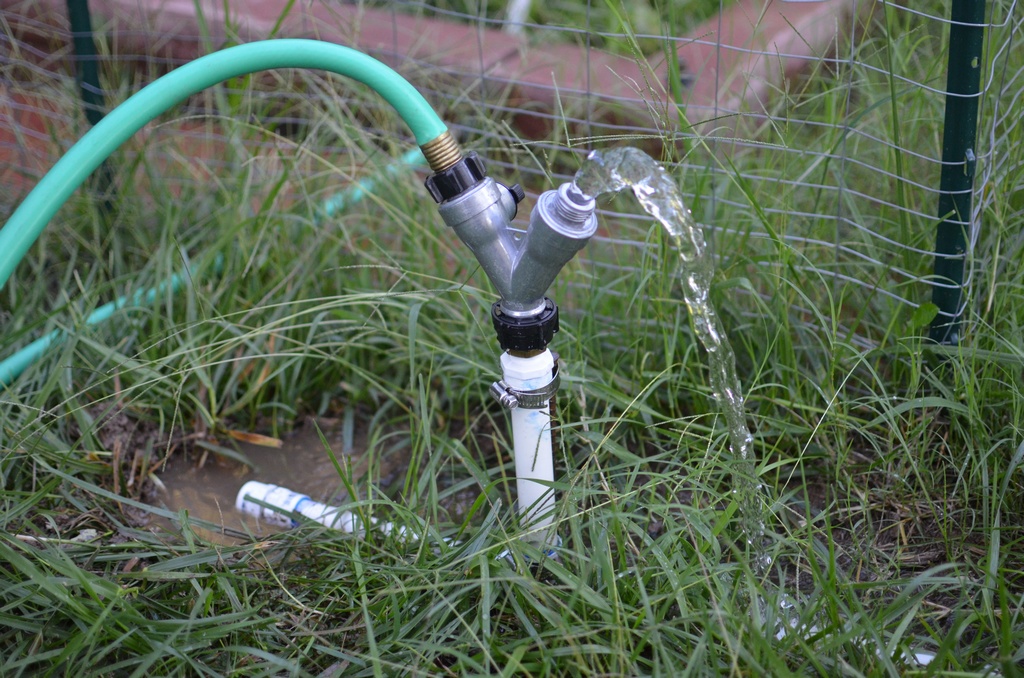 In late April, we had a pretty impressive hailstorm, which led to us getting a new roof and new gutters. The timing was somewhat fortunate, however, since I had already started putting together a system for catching rainwater that we could use on our garden. I found a 300-gallon plastic tote on Craigslist for $100, and had the gutter company reroute the gutters on the back of the house and combined three downspouts into one that drains into the tank. I really had no idea how long it would take to fill up, and I was astonished at our first hard rain when it took less than an hour for it to fill to overflowing. Now I wish I had bought more than one. 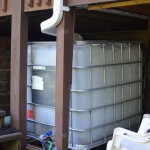 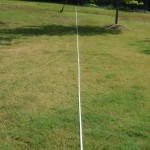 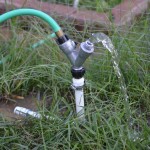 
The next phase was intended to avoid the hassle of dragging a hose out to the garden to water it everyday. So instead I buried a “perma-hose” consisting of one hundred feet of 3/4″ PVC pipe from the house to the garden, with splitters on both ends. At the house, short pieces of hose connect both the rain tank and the faucet, so we can easily switch between them depending on whether or not the rain tank is empty. At the other end, another splitter means we can leave the soaker hose in the garden attached all the time, and still have an open faucet for watering our other plants. Because our yard slopes away from the house, the garden is about six feet below the level of the tank, so we have a pretty good head of pressure — not bad for only being gravity-fed.

Stay tuned for the final phase, which is to hook up a 55-gallon rain barrel on the upper patio that we can use to water our herb garden and some other potted plants.