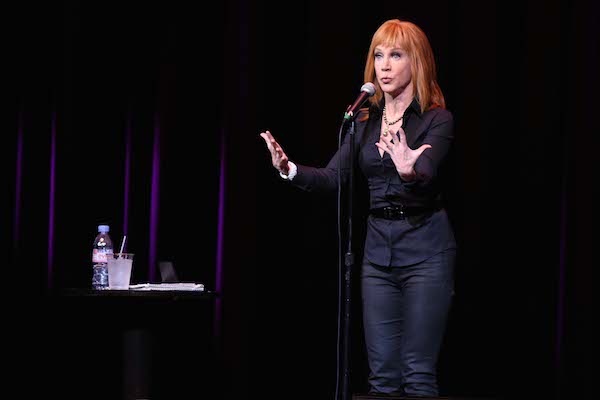 We saw Kathy Griffin tonight at the new Touhill Performing Arts Center at UMSL, and she was her usual hilarious self. And to the audience’s surprise, she did almost two hours of material, including a very funny story about Andy Dick. If you haven’t caught My Life on the D List on Bravo, you’ve missed some very funny (and Emmy-nominated!) television.

Despite it being Election Eve, she resisted the urge to focus on political humor. Politics aren’t really her shtick, she prefers to dish about celebrities she works with or comes into contact with living in Hollywood. But when she does wade into the political waters, her satire is just as biting as any other that she does.

This was my first time at the Touhill center, and I was impressed. I can tell UMSL spent a pretty penny building the place, but it is a very good venue. The acoustics are great, and although it probably seats over 2000 people, it still has that intimate small theater feel. Since I bought my tickets online, I’m sure they’ll be spamming me with announcements about upcoming events there. I might have to check’em out, though.

War of the Worlds