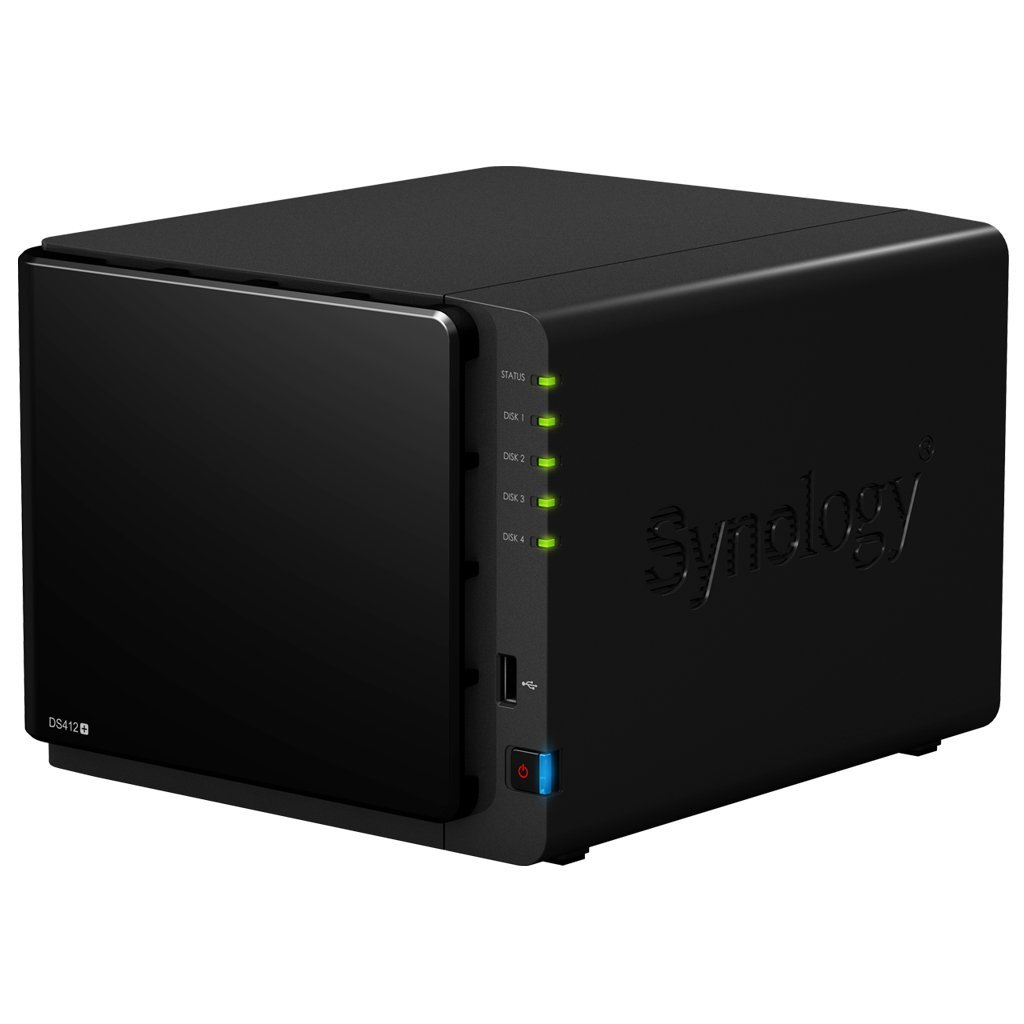 I think I’ve solved my storage problems once and for all. It’s taken me a while to pull the trigger on this purchase, but my previous NAS and its 2TB drive was almost full. The Synology unit is obviously way more expensive, but it does so much more, it’s not even fair to call it a NAS. It really is a full-blown linux server, and when you consider all of the software that comes pre-installed, and all of the software packages developed by members of the Synology community, there is really no comparison to any other product available. This particular model may not be for everyone, but if you are like me and have a lot of media (and are planning to have a lot more in the future), and have a number of devices you want to play it on, you can’t go wrong with Synology. Also, a 4-bay unit does a good job of future-proofing.

One of its features that I like the most is the web-based GUI. It’s a lot more convenient (and less overhead) than running VNC, and they have done a fantastic job of recreating a Linux desktop environment in the browser window. After you’ve used it, you’ll wonder why every server doesn’t have one.

Here I’m going to include some of my notes from when I set this up for anyone else out there who might run into the same issues I did: