All For A Cup Of Coffee 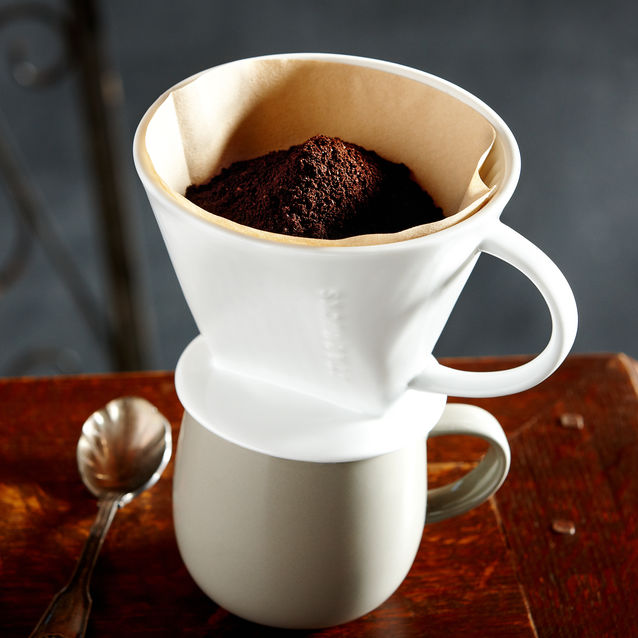 Hey, I know better than to get between you coffee-lovers and your morning cup o’ joe. That is hard-won knowledge that I understand and respect. But apparently Starbucks (of all people) didn’t get the memo. My wife uses one of their ceramic Pour-Over Brewers for her coffee. Or did, up until a few weeks ago, when she dropped it while she was washing it and broke it. Well, Christmas was just around the corner, so no problem right? She added it to her wish list, and I ordered a replacement and tucked that baby under the tree, and everything was right in the universe again.

Until this morning when she tried to use it for the first time.

That is when we discovered that Starbucks had changed the design for this item. And not in a good way. You see she loves her coffee, and the 12-ounce coffee mugs that mere mortals use just won’t cut it. She uses a Fiestaware Jumbo Mug. That sucker is almost 5 inches across and a full 18-ounces of caffeinated goodness. So Starbuck’s previous design was wide enough to sit on top of this mug with room to spare. The new one, that I bought her, just doesn’t have enough girth. 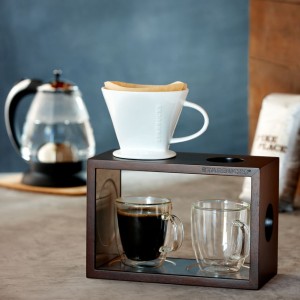 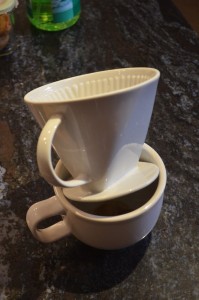 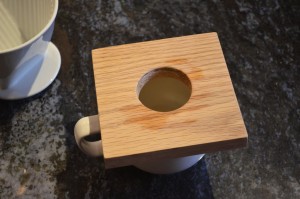 At first, we couldn’t figure out why Starbucks decided to make the base smaller. But then it all made sense. They want you to spend another forty bucks on their custom built stand that will allow you to brew two cups at once, or turn it 90 degrees and fill your venti travel mug. All of their brewers now have the same base so that they fit into this new accessory. Well, guess what? The base of the brewer is almost exactly 2 1/8″, which is the size of a standard hole saw for a doorknob. And I happen to have one of those, as well as a ton of scrap oak laying around. So I cut a 5 1/2″ square (because I know that mug might get bigger in the future), cut a hole in it, sanded it down real nice and voila! Problem solved! Take that Starbucks!