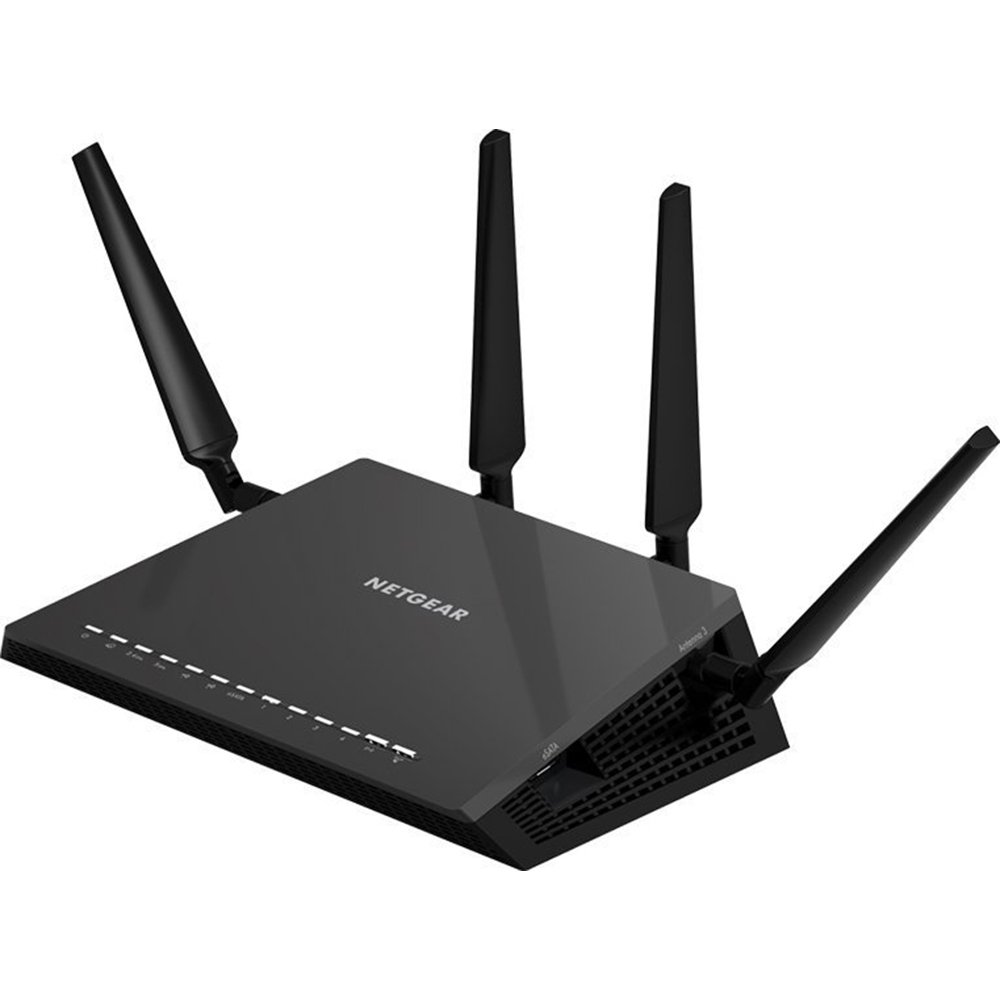 The time had come to upgrade my old router (D-Link DIR-825). It had been a good performer, with excellent stability, but it didn’t have quite the necessary range (since I keep it in the basement) for our house. I also wanted to add some parental controls, and the D-Link firmware does not include that option.

At first, I tried upgrading to an Asus AC5300 (aka the “alien spider”), and with its eight antennae it certainly had no problem with coverage in my house. Good signals everywhere, including the garage. But the firmware has some really flaky aspects to it that I couldn’t abide (like the list of attached devices updates every 5 seconds and it’s different every time). Also, the attendant Asus app is a complete disaster. But the biggest problem was my Brother wi-fi printer would not stay online no matter what I did. So after a two-week trial period, that router got returned and I went with the Nighthawk.

Things did not start off much better with it, I have to say. But after two firmware upgrades and restarting it and my cable modem several times, I reached a point of stability with consistent speed results. The parental controls are not as good as the Asus, in fact, it doesn’t really have any built in – you have to link the router to an OpenDNS account and then you use their controls. It wasn’t clear to me whether there was a fee associated with that service or not, but I didn’t pursue it. I opted to use the built in service blocking. It’s a bit kludgy, but appears to work okay. Also, the latest firmware only supports PureVPN, which is not my first choice, so I’ve had to find a workaround for that as well.

But on the plus side, I have a couple of devices that always had trouble maintaining a strong wi-fi connection with my old router and those problems have gone away completely. The Nighthawk app does not have a huge set of features (which I like) and is straightforward and easy to navigate. Overall, I am happy with this device and would recommend it to others.

[Update 3/21/19:] Woke up this morning with no internet connection. After attempting to login to the router I discovered that it had factory reset itself at some point during the night. So this one is going back! I cannot recommend it to anyone who values stability in a router.