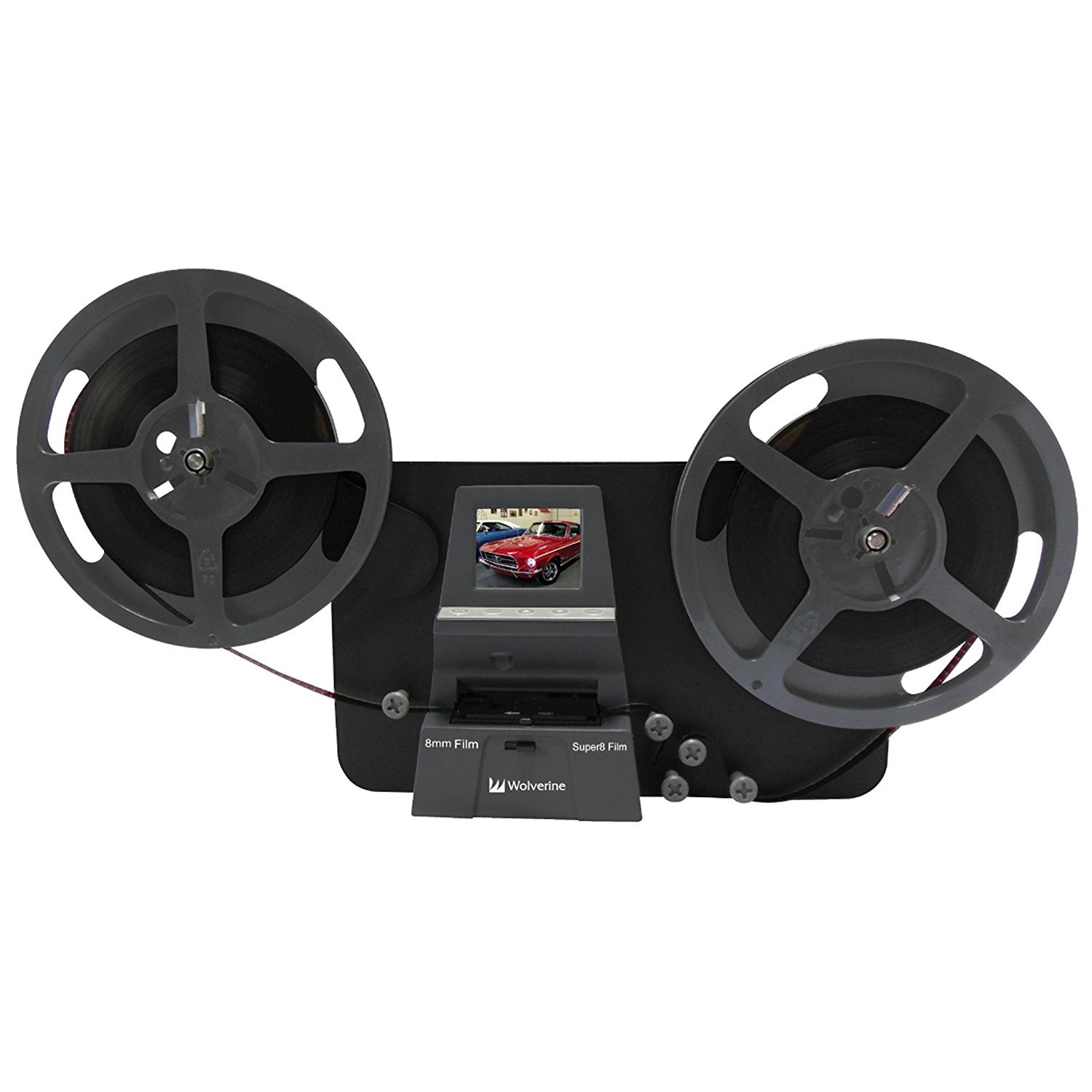 I am part of the generation that spanned the digital revolution which means I have dozens of reels full of my parents’ Super 8mm film going back to the mid-60s. I have made one previous attempt to convert these old home movies to DVD, with moderate success. The quality of video made by simply recording the image from a movie projector suffers from hot spots, mismatched frame rates, and other artifacts. A much better method is a frame-by-frame transfer using a film scanner. I recently bought the Wolverine MovieMaker Pro from Amazon and have been very pleased with the quality of the MP4 videos that it produces. They are 1440×1080 at 20fps and I would say that the color is very good. It claims to be able to handle up to 9″ reels, but I only have 7″ reels, so I haven’t been able to test that.

The scanner itself is of decent build quality, but there have been some disappointments. Chief among these are the spindle adapters that come with the unit. If you are using Super 8 reels, you will need to use them to fit the larger holes on Super 8 reels. However, after the third or fourth reel, this cheap piece of plastic broke and would no longer hold the reel securely on the spindle, so I’ve been forced to use good old duct tape as a remedy. I have also come across a couple of reels of film that have caused the feed mechanism to jam for no apparent reason. The device is designed to run unattended (which is good, because a 5-minute movie will take roughly 30 minutes to scan), but after starting a new movie and then going to bed, I awake the next morning to find the scanner stuck halfway through the reel. It isn’t obvious to me if this is a problem with the scanner or the film itself.

Overall, I am happy with the performance, and if you are like me and you have dozens of hours of film to convert, this device will probably save you hundreds of dollars over the digital conversion services that are available.