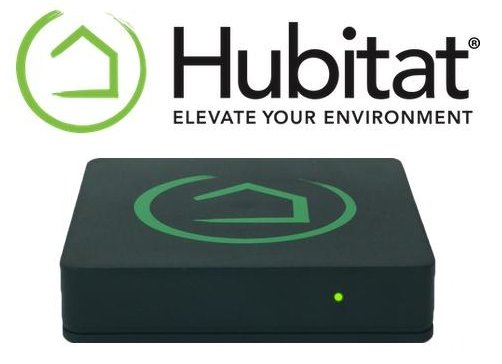 In 2013, I received a SmartThings hub (1st Generation) as a gift for Christmas. Several months later I made the decision to begin the transition from my ancient X10 home automation devices to the “new hotness” of Z-Wave and Zigbee (I still have a tote full of over $1000 of X10 stuff – if you’re interested, let me know.)

Initially, I was happy with the results. The mesh networks of both Z-Wave and Zigbee are orders of magnitude more reliable than the flaky X10 protocol, that relied on the electrical lines within your house to do the heavy lifting of communicating. But, since I was new to the system, I ended up buying devices from a diverse mix of manufacturers, some of whom subsequently went out of business – home automation has never been a big market, and the number of companies that cater to it is limited.

Meanwhile, over the last several years, the Z-Wave and Zigbee protocols have undergone some evolution (most of it good) and this has led to older devices being rendered somewhat obsolete. This means that a network of 50 or so devices has some rock-solid performers and some that left me very uninspired. But since SmartThings chose to include an antenna for both Z-Wave and Zigbee, it meant that it could talk to the widest array of devices (switches, bulbs, sensors, etc.) and put it in a good spot regarding its competition. But there was one fatal flaw.

SmartThings (which was bought by Samsung in 2014, with no tangible improvements as a result) relies on an always-on internet connection to handle much of the hub’s processing. This led to awkward situations where in the absence of internet service, you could no longer turn off the lights in your bedroom. After a multi-day outage last month, I made the decision to abandon SmartThings (much to my family’s delight) and migrate to the competition.

Hubitat users are comprised almost exclusively of disenchanted SmartThings users who were tired of the chronic lack of control of their own home automation system and went with a solution that promised to restore local control of all devices inside your own home. I made the leap two weeks ago, and I have to say that I got a great deal of enjoyment out of doing a factory reset on that old hub, and uninstalling the barely usable apps from my smartphone.

With the new Hubitat Elevation at the center of my system now, I will say that it’s not perfect – I’m still tracking down some really weird issues with some of my switches – but it is similar enough to SmartThings that the transition has been pretty smooth, and different enough from SmartThings that I am happy with the results.

The online community is vibrant and helpful, and the documentation is thorough. My decision to purchase coincided with the release of their new C7 model of the hub, and there are a few features (from what I’ve gathered on the forums) that were worth waiting for. But I will say that they make no attempt to market this system to the uninitiated – if you are not already familiar with home automation products, and at least a little comfortable with writing your own code, you will probably not enjoy this product much. You need to be the type of person who enjoys poring over system logs and digging deep into the configuration options for various hardware and software. If this does not describe you, stay away! But the reality is that SmartThings always marketed themselves as being within reach of the average homeowner, and that was never really true either. The simple truth is that home automation has never been easy, and likely never will be.