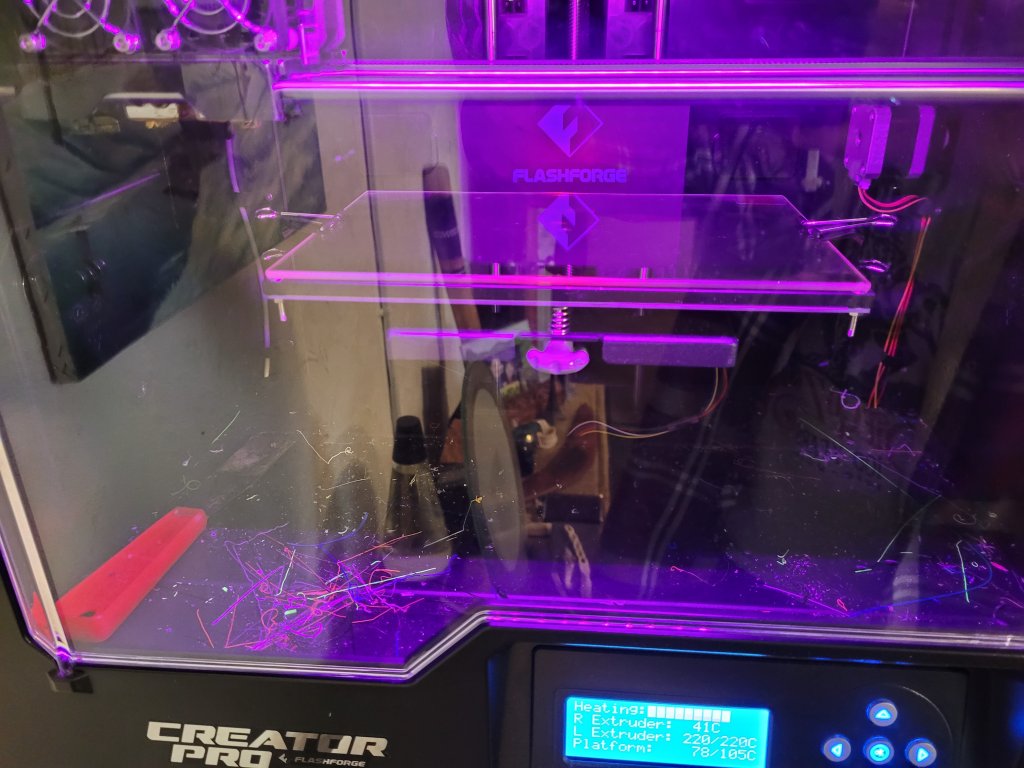 It’s been over four years since I got my 3D printer, and while I’ve had some success producing the parts that I’ve needed, it hasn’t always been a consistent process. I count myself lucky that I haven’t had the myriad problems with getting prints to stick to the print bed that I hear about from so many others. I have had good luck with the blue QIDI stickers – perhaps too good, because if I’ve had adherence problems, it’s at the other end of the spectrum. That is, removing a finished print is always an adventure, especially if it’s one with a large surface area. Several times, I’ve had to remove the print bed from the printer and use the tools in my shop (i.e. hammers and chisels) to remove a part. This is neither a pleasant nor fulfilling experience.

So I finally decided to take a chance with a borosilicate plate from Go-3D, and today was my first time printing with it. The results are not spectacular (due to some warping and curling), but on the plus side, I could remove the part with two fingers instead of a prybar. I’ll need to play around with some settings (bed temperature, printing speed, etc.) to improve the quality, but I’m confident at this point that I’ll be able to do it, it’s just the same learning process all over again, which makes me wish I had done this sooner.

One thing that I did change a couple of years ago, and I didn’t realize how convenient it was until today (when it briefly stopped working), was the addition of a Toshiba FlashAir Wi-Fi SD card. It was something of a pain to configure, but once it is set up, your printer appears on your network with a web interface that allows you upload your files directly to it. The card has more than paid for itself already.