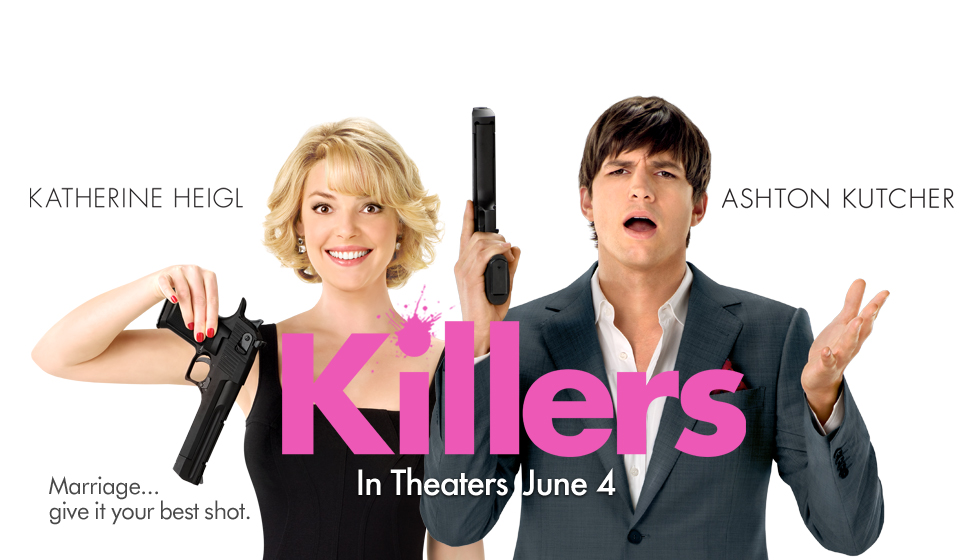 Ashton Kutcher and Katherine Heigl make a pretty good team in the new romantic comedy Killers (whose plot seems strikingly similar to the Cruise-Diaz vehicle Knight and Day that opens later this month — just sayin’), although I will say that the on-screen chemistry seemed to be lacking, when compared to Heigl’s previous pairings with the likes of Gerard Butler (The Ugly Truth) and Seth Rogen (Knocked Up), so I guess I’ll have to blame Kutcher for that.

As a comedy, the movie has its moments. Former Marine, and former Daily Show correspondent, Rob Riggle lights up the screen in a supporting role not unlike his scene-stealing cameo in last year’s The Hangover. And The Mustache That Wet A Thousand Panties makes an appearance, as Tom Selleck returns to the big screen with a solid supporting role as the over-protective father, deadpanning his disappointment with Kutcher as a son-in-law. Overall, this movie is formulaic, predictable, and a bit implausible in places, but still entertaining.